The lie of Mark Kelly’s “independent” voting record are a sham. 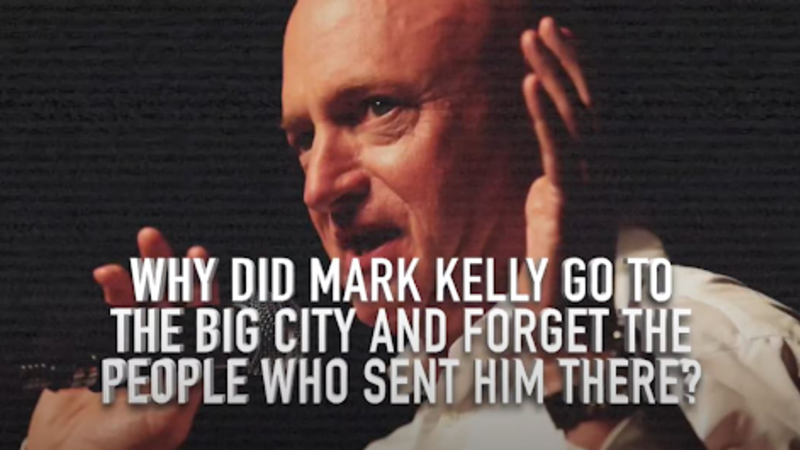 Mark Kelly --> forgets voters by N/A is licensed under N/A N/A
The lie of Mark Kelly’s “independence” has been laid bare.

Highlights from a new Arizona Republic interview with Kelly:

- “Sen. Mark Kelly has voted with the Democratic leader of the Senate nearly every time during his two years in office but maintains he has shown independence of his party and President Joe Biden in that time.”

- “In a 20-minute interview with The Arizona Republic, Kelly blamed rising prices on gouging by the oil and gas industry and not on Democrat-led government spending he has supported, and he defended his decision to scrap the legislative filibuster for voting rights while leaving unclear what other exceptions he might consider.”

- “By one measure, Kelly has voted with Senate Majority Leader Chuck Schumer, D-N.Y., 96% of the time, according to records tracked by ProPublica.”

- “Like every Democrat in the Senate, Kelly could effectively halt any vote by withholding his support. It is a maneuver Sen. Kyrsten Sinema, D-Ariz., has used on several high-profile issues, putting her at odds with her party and its grassroots. But Kelly declined to identify examples of when he has forced concessions on his party. ‘I think what’s more important is the stuff that we have accomplished in a bipartisan way,’ he said. In a recent interview with 12 News, Kelly had a similar response: ‘I’m not in the business of, like, holding. … I am focused on getting things done that matter for Arizona.’”

- “Kelly, a member of the Joint Economic Committee, rejects analyses by the San Francisco Federal Reserve and Larry Summers, who headed the National Economic Council under President Barack Obama, that have concluded the $1.9 trillion American Rescue Plan contributed to the nation’s worst inflation in 40 years. Kelly cited corporate greed as a major culprit in rising prices for consumers.”

To Summarize: Mark Kelly votes in lock-step with Biden and Chuck Schumer. Kelly recites Democrats’ false talking points that his votes didn’t cause inflation when they did. Kelly could not name a single time he extracted a concession from Biden and the Democrat Party.

Mark Kelly’s claims of “independence” are a bald-faced lie.
Mark Kelly --> forgets voters by N/A is licensed under N/A N/A