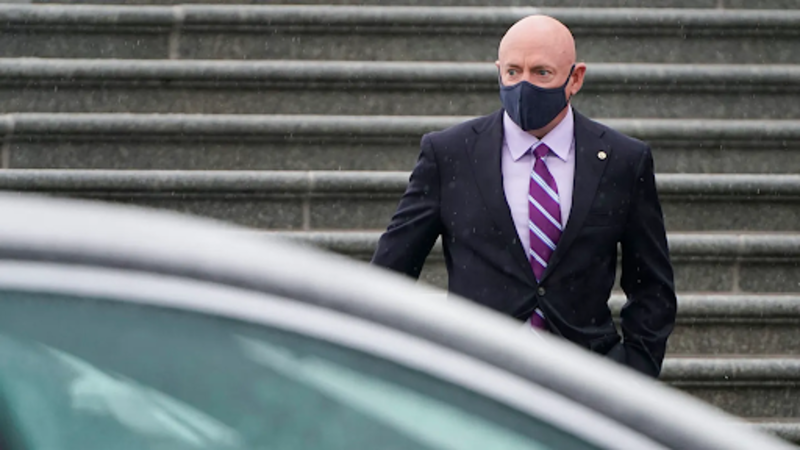 Mark Kelly Mask by N/A is licensed under Getty Images N/A
A dark money-fueled voter mobilization group is parachuting into Arizona to aid Democratic Sen. Mark Kelly, who has criticized dark money's influence in politics and his state.

Somos PAC, a left-wing committee that works to get Latino voters to the polls, dropped $100,000 into canvassing for Kelly on Sept. 19, Federal Election Commission records show. Since late August, the group has pushed $337,144 into Arizona to boost the retired astronaut.

Somos PAC is primarily bankrolled by anonymous donations passed through nonprofits. Kelly has said that undisclosed contributions are "poisoning" the American political system and "drowning out the voices of everyday Arizonans."

According to Somos PAC's filings, the group has received $4.1 million from the North Fund, a nonprofit that hides its donors and boasts connections to a billion-dollar dark money network managed by the Washington, D.C.-based Arabella Advisors consulting firm.

The North Fund's millions account for more than half of Somos PAC's contributions this cycle, but it's not the only dark money it hauled in. 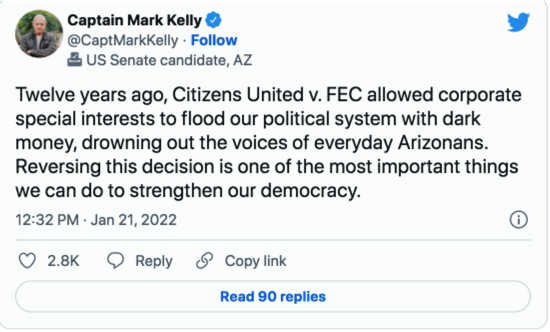 Change Now also appears to be linked to a covert political operation tied to Swiss billionaire Hansjörg Wyss, who has quietly emerged as a significant funder of Democratic causes.

In 2015, the Wyss Foundation, one of two nonprofits established by the Swiss financier, created an operation at the Sixteen Thirty Fund and New Venture Fund, another Arabella-managed nonprofit, called The Hub Project, according to a New York Times report. Years before Wyss had been linked to the operation, the Times reported that the Hub Project controlled the Change Now PAC.
Marneé Banks, a consultant for Wyss' groups, previously told Fox News Digital that they "expressly prohibit their grantees from using grant funds for electoral activities, including to support or oppose political candidates or parties."

"The Wyss Foundation and Berger Action Fund follow all laws, regulations and disclosure requirements," Banks said.
Despite Kelly receiving help from a group bankrolled by dark money, he has repeatedly fundraised off its dangers this year. As recently as Sept. 13, Kelly on Twitter asked his followers to chip in money to push back against secretive cash flooding the airwaves in his race.

Kelly's campaign did not respond to a Fox News Digital request for comment.
Source: FoxNews
Mark Kelly Mask by N/A is licensed under Getty Images N/A