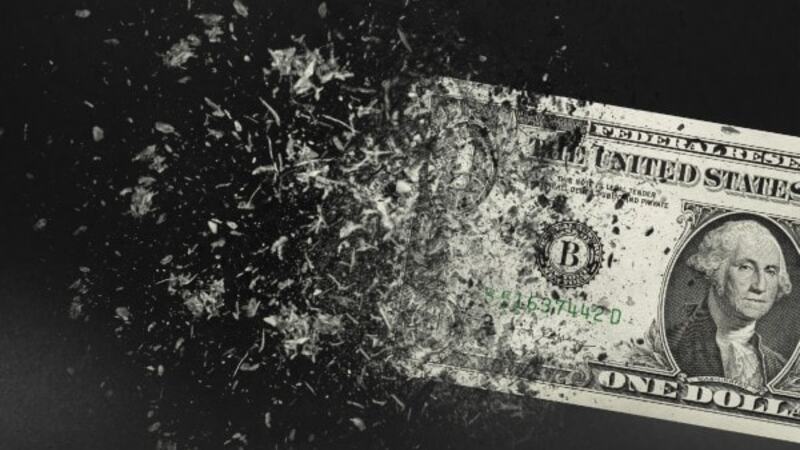 Money Destroyed by N/A is licensed under Sergej Solomatin at Dreamstime.com N/A
All over the country, Democratic Senate candidates are running from their records and trying to put their own spin on their terrible policies.

But there’s one thing they can’t escape. They’re all Biden Democrats, and they’re all taking America down the same destructive path.

Sen. Mark Kelly, D-Ariz., masquerades as the moderate everyman in his campaign ads. But since his election, Kelly has voted with Joe Biden 94% of the time. He rubberstamped Biden’s inflation-fueling spending spree and voted for his so-called "Inflation Reduction Act," (IRA) which raises taxes on families during a recession and hires 87,000 new IRS agents to increase audits on the middle class.

Sen. Kelly has voted for Biden’s war on American energy production and against blocking a fracking ban three times. And he’s refused to do the bare minimum to secure the U.S.-Mexico border, compromising our national security and allowing fentanyl and crime to flow deeply into our nation's communities.

The record of Sen. Catherine Cortez Masto, D-Nev., isn’t much better. The Nevada senator has voted with Joe Biden 93% of the time and hardworking families have paid the price. Nevadans struggle with the fifth-worst monthly inflation expenses in the country, face gas prices more than a dollar above the national average, and are dealing with impossible housing costs.

Meanwhile, Cortez Masto allowed Biden to effectively raises taxes on thousands of tipped workers in Nevada and considers his tax hike a "major victory," even as Nevada families are still trying to recover from Democratic-COVID-19 lockdowns.