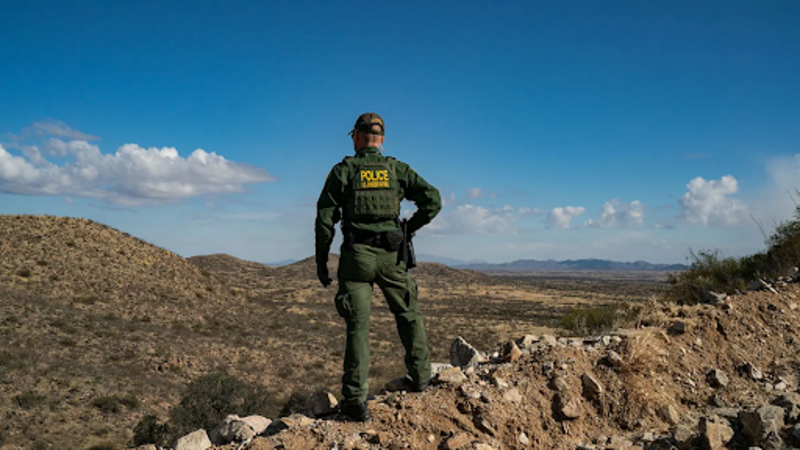 Border Patrol stopped a dozen individuals whose names are on the FBI’s Terrorist Screening Database (TSDB) in August, bringing the total for the fiscal year to a number that is triple the previous five fiscal years combined – as agents deal with a historic migrant surge at the border.

New data released by Customs and Border Protection (CBP) this week show that there were 12 individuals encountered by Border Patrol between ports of entry at the border whose names matched on the TSDB – which contains information about the identities of those who are known or "reasonably suspected" of being involved in terrorist activities.

August’s apprehensions bring the total for FY 22 to 78 so far, with two months still to go in the fiscal year. That is triple the prior five years combined. There were two arrests in FY17, six in FY18, zero in FY 19, three in FY20 and 15 in FY21.

Republicans have pointed to the numbers to show the potential national security threat at the border and the need for greater border security. Republicans on the House Homeland Security Committee had pushed for the numbers to again be made public before the Biden administration eventually started putting them on the CBP website in May.

Meanwhile, there have so far been 342 encounters of known or suspected terrorists by CBP agents at ports of entry along the north and southern borders. Of those, 63 were at the southern border and 279 at the northern border. That is the highest number since FY’19, when there were 538 such encounters.

The latest numbers come as CBP announced there were 203,598 migrant encounters at the southern border in August overall, an increase from the 199,976 encountered in July and lower than the 209,840 encountered in August last year.

Of the 203,598, officials said 157, 921 were unique migrant encounters, with the rest attributed to those who had multiple encounters with officials and had been expelled or deported.

According to the CBP data, encounters with migrants from Mexico and Central America were down for the third month in a row, accounting for just 36% of unique encounters, while 55,333 unique encounters were from the totalitarian regimes of Venezuela, Cuba and Nicaragua, a 175% increase over last year.

"Failing communist regimes in Venezuela, Nicaragua, and Cuba are driving a new wave of migration across the Western Hemisphere, including the recent increase in encounters at the southwest U.S. border," CBP Commissioner Chris Magnus said in a statement on Monday.

"I have been to ports of entry, including not that long ago, with [Customs and Border Protection] officers walking me through it, so I could really see firsthand what they're up against, and all I can say is, boy, they’ve got a heck of a challenge and I admire their grit and determination to get the job done, but it’s a daunting one."
Source: https://www.foxnews.com/politics/border-patrol-agents-nab-dozen-suspected-terrorists-southern-border-august
Border patrol pic 1 by N/A is licensed under N/A N/A